Just a stone’s throw away from The Shard and Guy’s Hospital, the King’s College London (KCL) Guy’s Campus is home to the KCL’s Faculty of Life Sciences & Medicine and Dental Institute. The London Bridge area as a whole has been under construction for some time now, with the new station due to officially open in 2018 and Borough Market consistently drawing a crowd. As part of a buzzing neighbourhood, KCL wanted to reflect the trendy look and feel of nearby bars, restaurants and cafes within its own Campus Student Union.

Reds10 were employed to re-furnish Guy’s Bar and The Spit (SU Common Room).

Over just 2 days, Reds10 supplied and fitted all furniture within the two areas – allowing new and returning students to make use of both fully functioning spaces in time for the start of the 2016/17 academic year.

Reds10 supplied and installed all furniture within the KCL Guy's Campus Student Union Bar and Common Room in just 2 days. 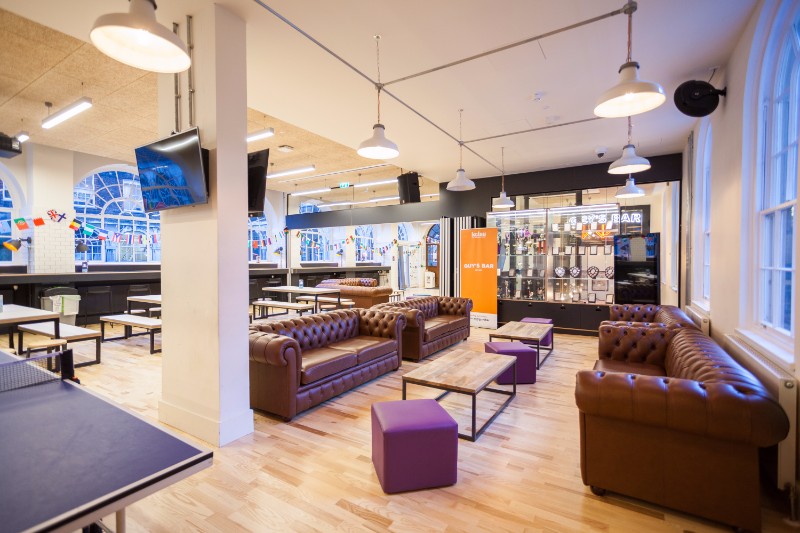 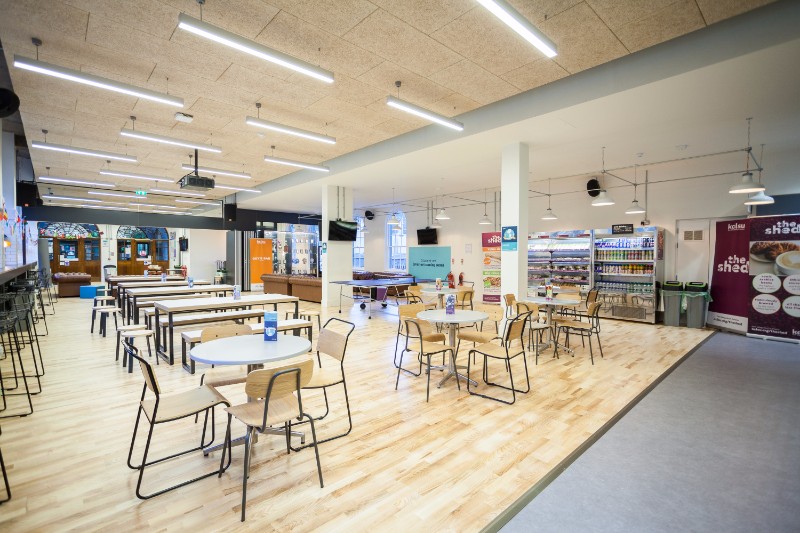 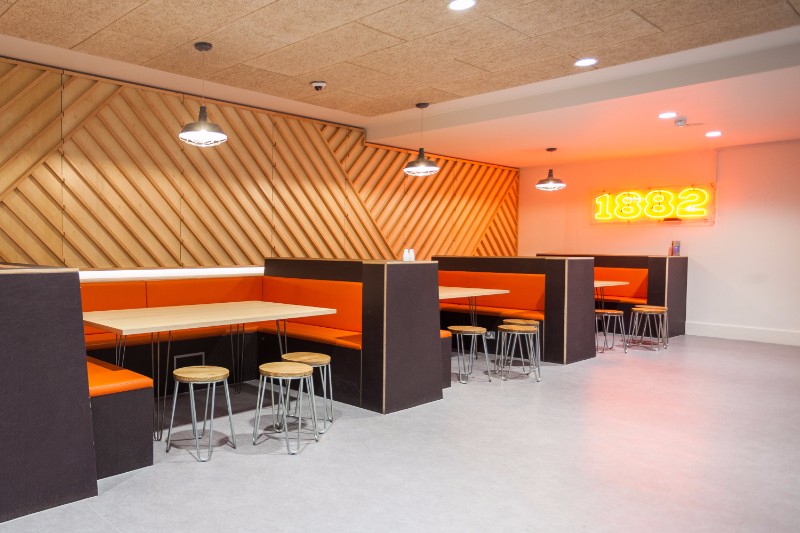 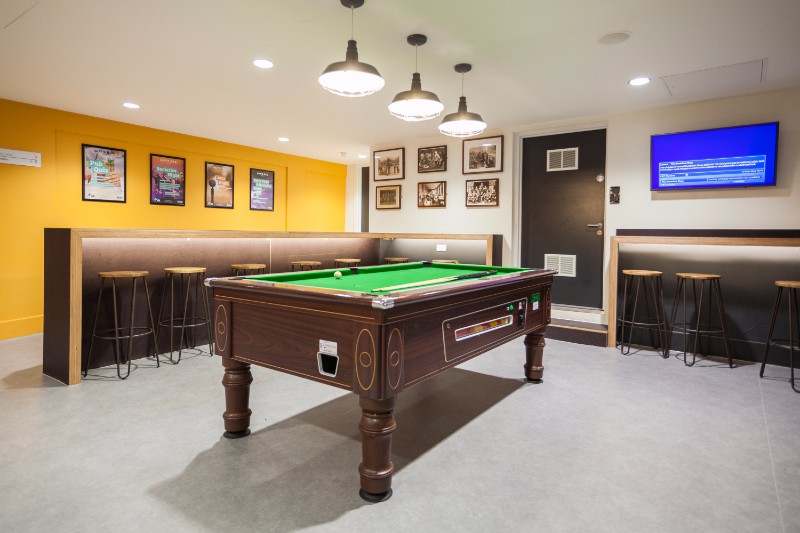 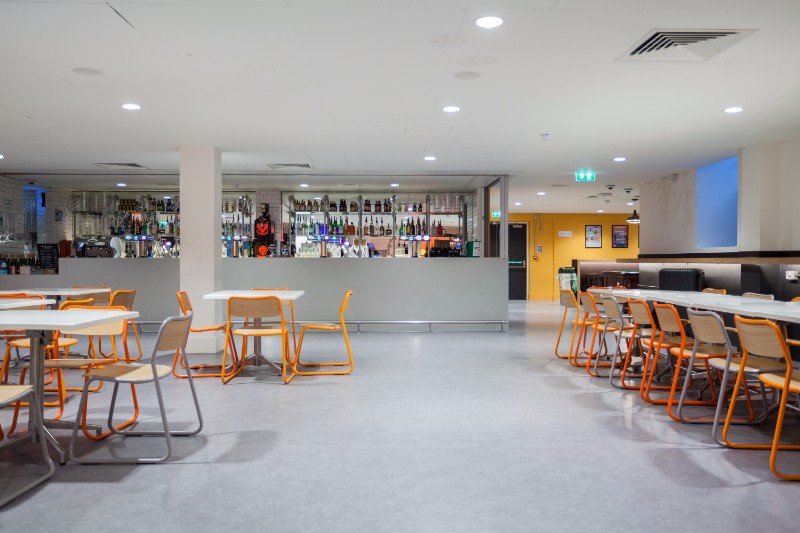 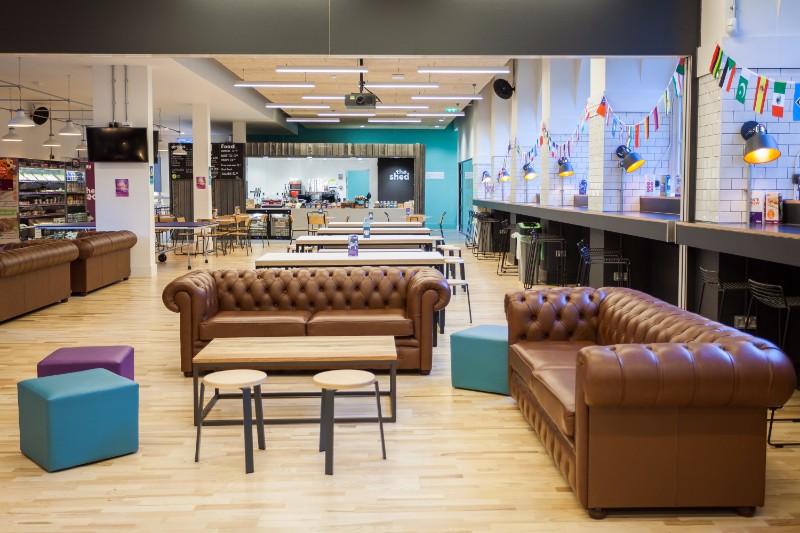